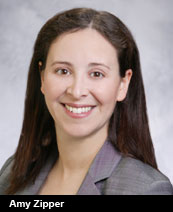 Tax-exempt organizations play a major role in the U.S. economy with an estimated $3 trillion in assets and $1.4 trillion in revenue, and law firms are lining up to capture a share of the bounty.

The move comes as law firms see an opportunity with tax-exempt organizations facing closer government scrutiny and public demands for the groups to be more accountable for their finances and transparent in their recordkeeping. Groups from charities, foundations and trade associations to social welfare, labor and agricultural organizations increasingly are turning to lawyers to help them stay on the right side of the law.

Nonprofits are expected to use the standards set in the Sarbanes-Oxley Act of 2002 for publicly traded companies as a template for how they should conduct their affairs. While nonprofits are not legally bound to do so, they are increasingly being expected to by donors and the general public. And government regulators are pushing for more transparency from the groups.

At Gunster Yoakley, Adi Rappoport found himself partnering up with Amy Zipper to perform work for tax-exempt organizations about 18 months ago. The firm formally launched the practice group this fall.

Rappoport is a shareholder in the firm’s corporate department, and Zipper is an associate in the private wealth services department.

“We had this eureka moment,” Rappoport said. “Why aren’t we out there marketing ourselves in this area?”

Other firms have discovered the same need for services.

Holland & Knight’s tax-exempt organizations practice group reached critical mass about six years ago after it hired Dan Kurtz. The firm now has 31 attorneys nationally who contribute to the practice area, and six are full time. In Florida, four Holland & Knight attorneys perform some work in the group.

Kurtz, the firm’s New York-based group chair, said he’s seen demand from nonprofits grow over the 22 years he’s practiced exclusively in that area. He previously worked in the New York attorney general’s office as an assistant attorney general in charge of the charities bureau.

“There were people who did this sort of work, but I don’t think it was a practice group or an area in which to practice,” he said. “It’s taught at law schools. There are case books. There were no case books in this area 20 years ago, maybe even 10 years ago. That reflects the changing social needs. People need to know about it because it’s an increasing part of our economy.”

The U.S. Government Accountability Office supports that assertion. The federal agency estimates nonprofits paid 8.3 percent of the wages and salaries earned by U.S. workers in 2004. From 1998 to 2002, nonprofits represented 11 percent to 12 percent of the nation’s gross domestic product.

About 1.8 million organizations were recognized as tax exempt by the Internal Revenue Service in September 2006. At the same time, about 55,000 exempt organizations owed close to $1 billion in unpaid federal taxes, the GAO found.

The organizations are exempt from federal income taxes but are still required to pay payroll and other taxes.

Since scandals at groups like the American Red Cross, the nonprofit world has felt increased pressure to be more fiscally responsible and transparent in its operations.

The American Red Cross has come under fire for allegedly mismanaging donations and other resources in the wake of the 9/11 terror attacks and Hurricane Katrina.

The IRS is taking a more active stance toward nonprofit oversight by beefing up its enforcement staff and increasing the number of examinations or audits of nonprofits.

The IRS is also working to streamline Form 990, the annual return filed by nonprofits, to give the public a more accurate picture of financial activities. The IRS plans to have the new form ready by the 2009 tax season. The form is required to maintain nonprofit status.

“What we’re trying to do with the redesign is come up with a form which would gather information from folks to give us a much better sense of what they’re doing,” said Ron Schultz, senior technical adviser in the IRS’s tax exempt and government entities division. “It is more streamlined, and it should be easier for people to use.”

“The time was ripe for additional work in this area because of the climate in which we are in for charitable organizations,” Zipper said. “There’s increased IRS audits of organizations, increased public scrutiny, and there are a host of charity watchdog Web sites. We saw we had the expertise to market this, and there’s an opportunity to help more charities.”

The firm’s fee structure is the same for nonprofits and other clients.

Florida also has its own restrictions on charitable organizations and others that solicit donations under the Solicitation of Contributions Act.

The state Department of Agriculture and Consumer Services requires anyone who solicits donations in Florida to register with the state and renew the registration annually. The agency’s Web site allows the public to search for information about registered organizations.

Until three years ago, nonprofits were a negligible part of the workload at West Palm Beach-based employment defense boutique Schwarzberg Spector Duke & Rogers.

Managing partner Steve Schwarzberg, who is looking to open an office in Fort Lauderdale in the middle of 2008, the firm’s third, said nonprofits are proving to be an important growth market.

The 5-year-old firm has seen a spike in work involving nonprofit organizations, which now make up 5 percent and 10 percent of the firm’s work.

“We’ve identified the nonprofit area as a growth area in great need of employment law defense counseling and representation,” Schwarzberg said. “Nonprofits have to understand that they have to act like any other employer. The taboo of suing a charity or nonprofit has almost completely been obliterated as the distinction between for-profit and not-for-profit employers has disappeared as well.”

The firm recently held an employment law seminar targeting the leaders of nonprofits.

Other areas of the law affecting nonprofits include trusts and estates, real estate, tax and intellectual property.

For now, Gunster Yoakley’s work with nonprofits is being handled by Rappoport and Zipper, but other departments contribute on a case-by-case basis. The firm hopes to expand the practice, but Rappoport said there is no definite timeline.

Linda Carter, president and CEO of the Community Foundation of Broward, said nonprofits are besieged by demands from the government and the public to operate responsibly and transparently.

The foundation is an umbrella group that manages 350 funds and offers seminars to help nonprofit leaders learn best practices.

“There is a greater movement on accountability and board governance,” she said. “It’s no longer, ‘Here’s a big gift. Go do your job.’ Donors are putting more restrictions on gifts, so is the board aware when they get a restricted gift? Does the board ask staff for accountability?”

Carter says nonprofits should seek legal advice when necessary, and it can come from volunteer attorneys.

But some legal needs may expand beyond the scope of a volunteer’s expertise, and that’s when it’s worth the cost of bringing in an outside specialist, she said.

“I would venture to say if you were a nonprofit and there was a situation that you needed to have legal counsel handling, the nonprofit would be foolish” not to hire a lawyer, Carter said.