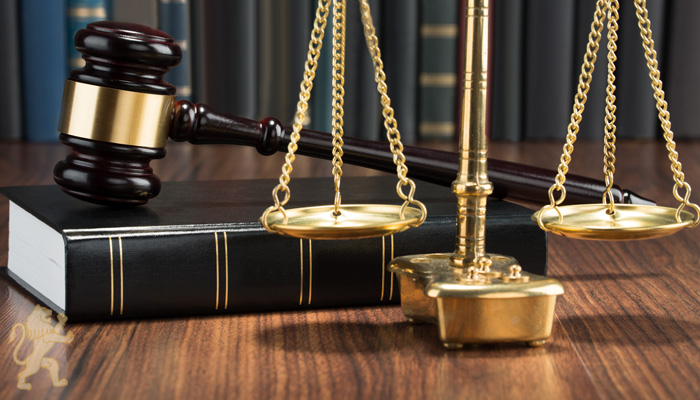 Among the giants
By: Brenda Sandburg

When General Electric Corp. pared back the number of Jaw firms it uses from nearly 500 to 94; three on the list were in the San Francisco bay area – but they weren’t the megafirms some might expect.

The trend toward ever-larger law firms, and the focus on cross-selling, was supposed to squeeze out small and specialty shops.

While big firms can tout offices around the globe and armies of lawyers, smaller shops have their own allure: lower billing rates, more attention, leaner staffing and, often, deeper expertise in certain specialties.

Top-tier boutiques still compete for plum assignments. But full-service midsize firms and smaller specialty shops can also find a place among the giants GE has tapped Keker & Van Nest and Glynn & Finley for litigation, and Farella Braun & Martel for environmental health and safety issues. PG&E Corp. has focused on giving work to women and minority-owned firms, while Cisco Systems Inc. has turned to smaller shops for litigation, patent prosecution and human resource matters.

“We’ve always had small firms in the mix,” said Mark Chandler, Cisco’s general counsel. “The one-stop shopping advantage that large firms tout gets lost in an age [of technology],” where work can be managed more easily.

“Some companies want the cover,” said Starwood Hotels deputy general counsel Keith Grossman. If they lose $250 million, “they can say, ‘We used O’Melveny,’ not some boutique.”

When the stakes aren’t so high, though, the smaller shops have been able to carve out a niche. Friedman Dumas & Springwater, a nine-lawyer firm focused exclusively on commercial and bankruptcy law, is a prime example.

The three women who founded the firm were with Murphy Sheneman Julian & Rogers when it was acquired by Winston & Strawn in 2003. When they learned that Winston had a conflict with one of their largest clients, founders Ellen Friedman and Cecily Dumas took the in-house lawyers and asked if they’d still send them work if they were on their own.

“You bet we will,” one replied, according to Dumas, who declined to identify the client. “We think you’re terrific lawyers.”

They got the same response from several others, and their clients now include Cisco, Hewlett-Packard Co , GE Capital Corp. and Fireman’s Fund.

“Large companies are more confident in trying out small firms, and one reason is that the old system of a corporation tying itself to one big law firm has been disintegrating over the last 10 to 20 years,” Dumas said. “The trend toward the megafirm through mergers has left some corporations with a bad taste in their mouth.”

Companies, of course, are drawn to the lower billing rates of smaller shops.

Stephen Hirschfeld, of Curiale Dellaverson Hirschfeld & Kraemer, said his labor and employment firm has benefited as big law firms increased the billing rates of their employment lawyers to match the rates of attorneys in other practice groups.

“Some of our competitors have pushed rates to such a level [that] the only things to justify the rates are [taking on] large class actions,” Hirschfeld said.

Curiale Dellaverson charges from $195 per hour for an associate to $425 for a senior partner.

Starwood’s Grossman, who sends Curiale work, said a comparable attorney at a big firm like Gibson Dunn & Crutcher would cost $200 more per hour In addition to the cost savings, Grossman said Curiale has a depth of expertise that bigger firms lack.

“Even a firm like Gibson Dunn doesn’t have that because their labor department isn’t as large,” Grossman said.

Hirschfeld said his firm has also benefited from being a member of the Employment Law Alliance, an international network of labor and employment lawyers who represent clients together. As the California firm in the alliance, he said, Curiale can compete for clients nationally and internationally. Sanmina-SCI Corp, one of Curiale’s clients, hires small and midsize firms that are part of such alliances.

Genentech Inc. has historically hired large, national firms, but in recent years has turned to shops with 50 to 80 attorneys to handle environmental, real estate and regulatory issues, particularly those related to the Food and Drug Administration The biotech giant began using Keker in 1999 and in the past four years also has hired 125-attorney Farella to represent it in several cases.

He said the greater responsiveness of smaller shops and the difficulty in finding big firms that aren’t conflicted out of a case are also factors in looking beyond megafirms.

At a large firm “an attorney brings you in and may not work with you again,” Loeb said. Smaller firms “may be more responsive and have younger partners and associates eager to be full service.”

”You can’t be all things to all people, but you have to have certain expertise in areas you practice and provide extraordinary services and get results,” he said.

Some midsize firms feel foiled, though, as headline cases continue to go to the mega firms. “Our frustration is that we ought to be seeing more significant matters from large companies,” said Arthur Shartsis, of 50-lawyer Shartsis Friese.” We deliver as high [a] quality” as the big firms, he said, at rates that top out at $590 per hour.

Shartsis said it’s not the billing rates but the number of attorneys that big firms put on a case that really drives up costs. He said his firm uses far fewer lawyers on a case than his larger competitors For example, the firm is representing National Westminster Bank, which was sued by Rabobank of the Netherlands over an agricultural loan At the height of litigation, which Shartsis believes is the largest inter-bank dispute in Europe, his firm had three partners and one associate on the case.

PG&E has long sought out minority- and women-run firms, but it ramped up its efforts last year. It now has a go-to list of about 20 such firms, including Friedman Dumas, Lafayette & Kumagai, and solo attorneys Rufus Cole and Lisa Nicol, all based in San Francisco.

“We’ve made a conscious effort to broaden the types of firms we work with to include all communities that make up our customer base,” said Robert Bordon, PG&E’s deputy general counsel. One of the biggest worries for general counsel, though, is how to bring down legal costs. And they’ve been turning to firms that can offer a good deal.

To pare its list of law firms last year, GE went through two quality cuts and then held an auction to select the firms with the lowest rates, said Janine Dascenzo, managing counsel in the company’s legal operations department.

Dascenzo said that at least four of the firms have fewer than seven attorneys, several others are not much larger and several more are in the midsize range.

Small and midsize firms may find themselves in a bit of a bind, though, if they rely on one company for a lot of their work. Legal consultant Blane Prescott, of Hildebrandt International, said firms can feel trapped when a client keeps asking for bigger concessions.

If a client represents “8 [percent] to 10 percent of your total revenue and then later says, ‘We’re thinking of not using you unless you take another 4 percent off,’ you have to decide to take it or turn it down,” Prescott said “There’s no perfect answer, but it happens all the time.”

ChevronTexaco Corp has also sharply cut back the number of firms it’s using. Richard Harris, Chevron’s managing corporate and compliance counsel, said that the company three years ago received invoices from about 700 firms and cut that number in half in 2004. Last year the company also drew up a preferred provider list of about 35 firms based on quality and the willingness of the firms to accede to Chevron’s requested discount.

Harris said that most of these firms are national outfits, including Pillsbury Winthrop Shaw Pittman, Jones Day and Latham & Watkins He said Chevron might turn to smaller firms for such practice areas as ERISA, real estate and environmental work.

Cisco’s Chandler said efficiency, not cost, is the primary factor he considers in selecting a firm Seven or eight firms handle 70 percent of the company’s outside work And 70 percent of the work is done other than by hourly billing. For example, the company’s M&A work has been done on a fixed-fee basis for the past few of years. And a couple of years ago, Chandler said, Cisco hired Morgan Lewis & Bockius to handle all of its commercial litigation for a two-year period at a fixed fee.

Chandler said he has to show productivity gains each year, and turns to outside counsel to cut costs For example, Chandler said Cisco has about 30 firms prosecuting 1,000 patents per year. He’ll offer to pay them a certain amount per patent one year, and then the following year ask them to take a bit less per patent. Some will say no, he said, while others will look for a way to reduce their costs, such as by taking all their patent drawings to one art house.

“Firms have to figure out how to allocate resources,” Chandler said. “And it doesn’t matter if they are smaller or bigger”

Brenda Sandburg reports for the Recorder, a San Francisco affiliate of the Daily Business Review.