Behold The Power Of The Whistleblower 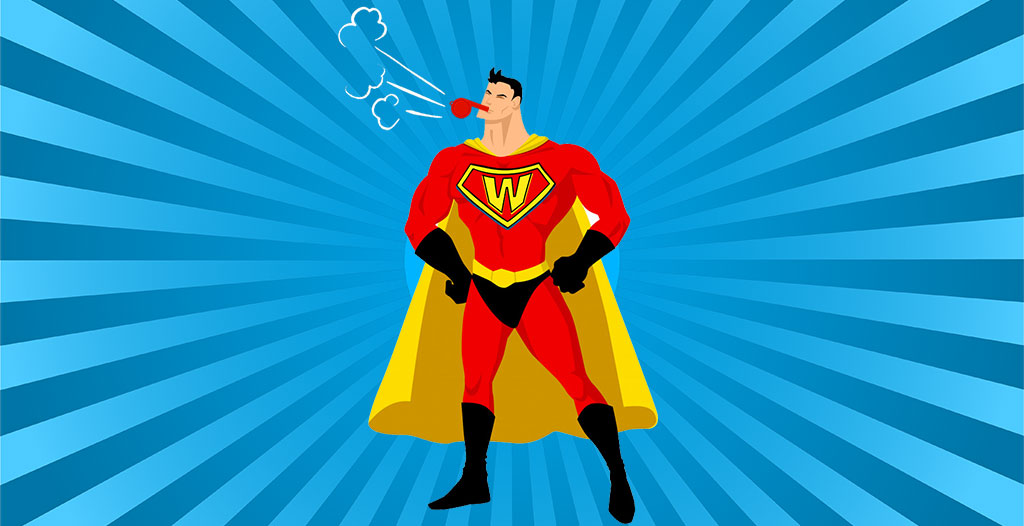 Being hit with a Whistleblower, False Claims Act, or Retaliation claim can become a Bet-the-Company threat, and it should be handled as such.

With recent news highlighting the powerful role a whistleblower may play, you can count on many more whistleblowers coming out of the woodwork to make all kinds of claims against their employers. Many statutes exist on the federal, state and local levels affording employees the right and opportunity to file whistleblower claims against their employers for large financial rewards for themselves, if successful, and significant fee awards for their legal counsel. The consequences to a company/employer can be catastrophic, from which there may be no recovery. Is your company vulnerable to a potential whistleblower in waiting? Do you have a plan in place to avoid or deal with the filing of a claim? 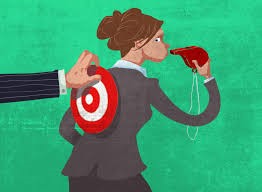 Under Florida’s own Whistleblower Protection Act, a whistleblower is someone who “blows the whistle” on his or her public or private employer for taking part in illegal, corrupt, fraudulent, or harmful activities at their place of employment, and is protected from retaliation. On the private side, if an employee objects to, or refuses to participate in, his/her employer’s violation of a law, rule or regulation, the employer may not retaliate. An employer cannot take an adverse action against a whistleblower employee. An adverse action is an action which would dissuade a reasonable employee from raising a concern about a possible violation or engaging in other related protected activity. Because an adverse action can be subtle, it may not always be easy to spot. Examples of adverse actions include, but are not limited to:

A whistleblower can sue for damages, reinstatement, and attorneys’ fees. Some whistleblower claims lead to government investigations and civil penalties for a company and possible criminal prosecution for its management. Sometimes, shareholders of publicly-traded or privately-held companies file shareholder derivative suits and suits against management for breach of fiduciary duty based on whistleblower complaints.

False Claims Act (“Qui Tam”) Claims: The federal False Claims Act (FCA) imposes liability on persons and companies (typically contractors) who defraud governmental programs. It is the federal Government’s primary litigation tool in combating fraud against the Government.1 A claim under the FCA is a demand for money or property made directly to the federal government or to a contractor, grantee, or other recipient if the money is to be spent on the government’s behalf and if the government provides any of the money demanded or if it will reimburse the contractor or grantee.

The law includes a qui tam provision that allows people who are not affiliated with the government, called “relators” under the law, to file actions on behalf of the government (informally called “whistleblowing,” especially when the relator is employed by the organization accused in the suit).2 Persons filing under the Act stand to receive a portion (usually about 15–25 percent) of any recovered damages. Over 70 percent of all federal Government FCA actions were initiated by whistleblowers. Claims under the law have typically involved health care, military, or other government spending programs, and dominate the list of largest pharmaceutical settlements. The government recovered $38.9 billion under the False Claims Act between 1987 and 2013 and of this amount, $27.2 billion or 70% was from qui tam cases brought by relators.

Any business with a government contract or that is receiving government funds as part of a project can have exposure under the FCA if wrongdoing occurs. Companies that do business with the federal government must be cognizant of potential liability under the False Claims Act. Companies should be familiar with the FCA, have internal controls and policies, and be prepared to promptly investigate allegations of wrongdoing when they arise. FCA investigations and enforcement actions are frequent and have wide reach in most industries, including defense, energy, transportation, healthcare, and gaming.

Other Statutory Retaliation Claims in General: Various other statutes have built-in anti-retaliation provisions that prohibit an employer taking adverse actions in retaliation if an employee exercises a statutorily-protected action, e.g., making a claim under the federal and state Civil Rights Acts (discrimination based on an employee being in any one of the protected classes), Fair Labor Standards Act (employees who make claims for overtime/minimum wage), or Florida’s Workers’ Compensation Act (employees who make a claim), etc.

It is noteworthy that an employee’s retaliation claim may still succeed even where the base complaint may fail. An employer should not assume that, just because a claim is baseless that the employee can’t win a retaliation claim.

Prevention and Prompt Internal Investigations: A company under a Whistleblower complaint or FCA investigation should strongly consider conducting its own internal investigation of the allegations rather than simply wait and see what the claimant or the Department of Justice (“DOJ”) determines. It will be necessary to immediately implement a Litigation Hold and gather all the facts and interview witnesses with the aid of outside counsel. This will enable the company to be objective in gathering facts and proactive in efforts to negotiate with clamant or the DOJ on the allegations and merits of the alleged whistleblower or false claims. The FCA investigation and litigation may last as long as three to five years before settlement or trial. If wrongdoing is uncovered in the investigation, the company may opt to disclose the results of the internal investigation to the federal government with the hope of persuading DOJ not to intervene in the relator’s FCA complaint and also to avoid the imposition of treble damages. Companies that conduct business with the federal government should understand the FCA and have a program in place to respond to and investigate whistleblower complaints when they arise.

Keep in mind that, while employees may report violations to their employers, they may also go directly to OSHA, the Department of Labor, the DOJ, or other governmental institutions. Employers may not prevent an employee from doing the latter, even if the employee declines to notify a manager or Human Resources. When an employee complains to a governmental agency or the company, the employer may not take any adverse action (including, but not limited to, any that may be said to intimidate or dissuade employees exercising their right to blow the whistle on suspected wrongdoing).

In its Recommended Practices for Anti-Retaliation Programs, OSHA advises employers to design and implement programs to (1) receive and respond to employee reports of noncompliance with safety and health or other laws and (2) prevent and address retaliation against employees who voice concern. This extends not only to regular employees, but also to temporary employees, leased workers and contractors, especially those who are controlled by the host employer.
OSHA suggests that employers establish an anti-retaliation program that includes five elements:

Below are several points to keep in mind when you are presented with a whistleblower situation:

The pre-emptive complainer: Lastly, before making adverse employment decisions, anticipate an employee’s possible pre-emptive complaint. Employers may experience a phenomenon where, when an employee thinks he/she is about to be disciplined/fired, he/she will suddenly come up with or make a protected/whistleblower claim (valid, sometimes not) to ward off impending adverse action by the employer, who, the employee hopes, may think twice before taking any adverse action against the employee that may expose the employer to a retaliation claim. So, before taking adverse action against an employee, an employer may want to consider whether taking the action could possibly spark a whistleblower or retaliation claim and seek advice from legal counsel.

Disclaimer: This article does not represent legal advice. Every case is unique. If you have any questions, feel free to contact Steven L. Schwarzberg at (561) 659-3300.

2 The FCA allows private persons (known as “relators”) to file suit for violations on behalf of the government. Lawsuits filed by individuals in this manner are known as “qui tam” actions. Such lawsuits are filed in court under seal, and are served on the U.S. Attorney in the district where the action was filed and also on the U.S. Attorney General. The federal government must then investigate the allegations in the complaint, and then notify the court that it is proceeding with the action (generally referred to as “intervening” in the action) or declining to take over the action, in which case the relator can proceed with the action on its own. If the government intervenes in the qui tam action, it has the primary responsibility for prosecuting the action. When this occurs, the relator now has the proverbial 900-pound gorilla on its side of the litigation. Companies obviously do not want to be the defendant on the wrong side of FCA litigation due to the potential financial exposure.