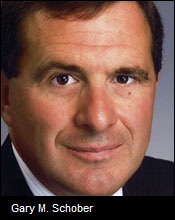 Claiming breach of contract and other charges, five former partners from the defunct Boca Raton office of Hodgson Russ are suing top partners of the Buffalo, New York-based law firm.

Immediately after an April 2, 2009 meeting when law firm president and chief executive officer Gary M. Schober told the Boca Raton partners they were out, Hodgson Russ circulated a news release stating the office would close to focus on “markets that support its overall strategy” and insisting the move was in the best long-term interests of the firm.

The suit names Schober and the rest of the firm’s board of directors, but not the firm.

The shutdown came in the midst of unprecedented mass layoffs at law firms nationally as the recession took its toll on client demand for legal services and legal fee collections.

The former Boca Raton partners insist they were blindsided by the announcement, which they claim violated their rights under the firm’s partnership agreement, including a right to vote on whether to leave the firm.

All referred calls for comment to their attorney, Steven L. Schwarzberg of Schwarzberg & Associates in West Palm Beach. He filed the suit Aug. 24 in Palm Beach Circuit Court and said the firm was served at the end of last week.

“We are in the process of calculating damages,” he said. “In part, it is going to be based on the information we obtain from the defendants.”

Schwarzberg is assessing the value and assets of the Buffalo firm, which also has offices in Palm Beach, New York and Toronto. Hodgson Russ has about 200 attorneys.

Schober did not return a call for comment by deadline.

The plaintiffs also claim Schober and the firm’s board — in the process of circumventing the partnership agreement — defamed them, breached their fiduciary duty and engaged in civil conspiracies to defame and breach their fiduciary duties.

The Florida partnership began in Fort Lauderdale in 1976 and moved to Boca Raton in 1985. The attorneys said the closing and news release harmed their reputations in the legal, business and civic communities. The day the Florida partners got the news, Schober allegedly asked them to voluntarily withdraw from the firm. They refused.

“Incredibly, Schober later claimed that he and the other defendants had decided to close the Boca office without submitting the matter to a vote of the partnership because of their reliance upon the advice of … an outside public relations company,” Schwarzberg emphasized in the complaint.

The decision turned out to be contentious among the equity partners. Drawing from minutes of an equity partners’ meeting and memos, Schwarzberg noted Richard Campbell, a Buffalo senior partner and chairman of the firm’s finance committee, said the decision to shut down the office without a vote of the Florida partners upset him more than any other management decision in the 27-plus years he had been with the firm.

Campbell also contested as faulty a financial analysis that surmised the Boca Raton office was unprofitable. The office’s economics were favorable the previous year and it generated a large amount of work for the Buffalo office without receiving credit, according to the suit.

To finalize the shutdown, Schober had to obtain votes from all the non-Florida partners.

On April 28, 2009, Schober sent an e-mail in which he acknowledged the misgivings of Campbell and others, according to the suit. He then directed the non-Florida partners to vote on the issue. Electronic ballots were circulated, and the vote to shut down the Boca Raton office carried.